Posted on January 1, 2011 by rebeccalayton 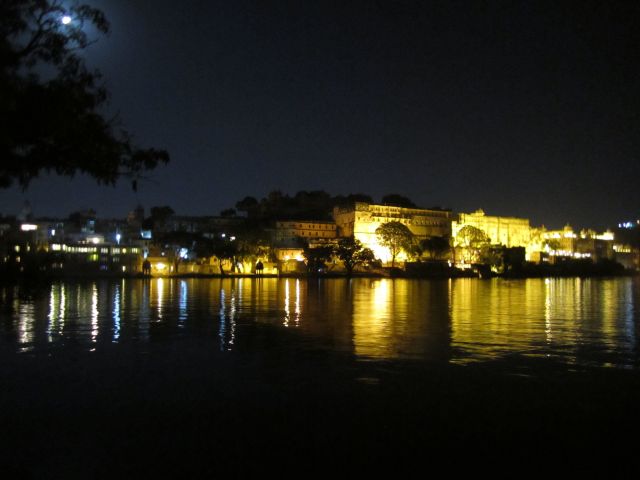 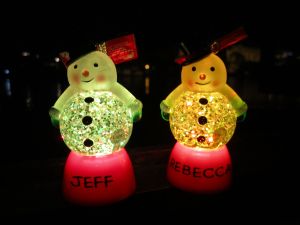 Lo, after many weeks of non-blogging, here it is Christmas and I have a backlog of travel and adventures to document.  But first, here are some pictures from Udaipur, the Venice of India.  (Actually, now it is New Year’s Day and we are in Bhuj, a small town in western Gujarat and a veritable textile paradise…but more on that in a later post!) 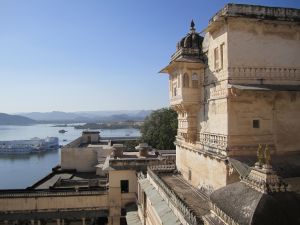 View from the City Palace

The palace here in Udaipur is big and decadent, and is a reminder of why Rajasthan was and still remains so damn poor – these wheeler-dealer maharajas were conspicuously high rollers and living off taxes extorted from the masses.  The palace has a dizzying maze of little rooms that were added on at various times over the centuries.

The palace is a hodgepodge of styles. I imagine that these maharajas were the Donald Trump of their time, flaunting their wealth and power in their extravagant decor.  I picture them saying to their decorator guy, “I want a room that is covered all in flowers, and then put in there a chair that is actually a big scale, and when I’m feeling generous I will weigh myself and then distribute my weight in gold to the starving masses.”  (This is actually what happened, more or less.)  I equate it with Bush giving us our piddling tax break.  A nice public relations move, but ultimately meaningless and pretty chintzy, when you think about it. 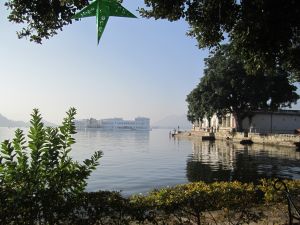 View of Lake Palace from Our Hotel

I am an artist traveling and studying in India and Southeast Asia. You can see some of my artwork at www.rebeccalayton.net
View all posts by rebeccalayton →
This entry was posted in Uncategorized. Bookmark the permalink.